OBITUARY
SERVICE DETAILS
TRIBUTE WALL
FLOWERS & GIFTS
Monday, September 17, 2018, Mark Patrick McGinnis, adored husband, father, grandfather, and friend passed away suddenly at the age of 70.
Mark was born to Rod and Betty McGinnis on March 18, 1948 in Portland, Oregon. He attended Southern Oregon State College studying Business Administration until he joined the U.S. Army and proudly served in Korea as a Movement Specialist and Freight Traffic Agent.  He married his best friend and “catch of his life” Sheila Hutchinson on April 25, 1970 and immediately moved to Fort Eustis, Virginia until his service in the Army was completed. Once they returned to Oregon in 1971, he began his 38-year career in Telecommunications. He worked as an Installer, with various positions in between, and retiring as Managing Outside Plant Engineer and Contracted Engineer with Pacific Northwest Bell, US West Communications, Quest, and CenturyLink. His Fiber-optics work can be found in projects in cities up and down I-5.
Mark’s encore career as a Fly Fishing Guide on the Rogue River was a huge joy for him, allowing him the opportunity to share with others his love of the great outdoors and the art of catch and release.   He was a member of Rogue Flyfishers and Fly Fishers International and received several awards including 1st Place in the Rower Guide Award for Oregon State Steelhead Championship & Fly Fishing Challenge.
A gentle soul with a witty sense of humor, Mark had warmth that was welcoming to all.  He loved Jesus; a country song with a good story; the sound of the river; target shooting; a big black lab named Hoppy; fine scotch; his shop full of family treasures and his greatest joy, his grandkids. As a big guy with an even bigger heart, his friends were his family.  Mark was an avid landscaper and was known for his meticulously well-kept roses that he always said were “for Sheila.” He honored his fellow Veterans by donating fishing trips and supporting the Wounded Warriors. He was a member of the Wounded Warrior Project and the National Rifle Association. He had a profound respect for his country. He loved his church, Ashland Christian Fellowship, and his role as an usher. His love ran deep for his daughters, sons-in-law and his grandchildren. He spared nothing when it came to investing in them with his time, love, laughs, and lessons.
He leaves behind his wife and best friend of 48 years, Sheila McGinnis, his daughters and sons-in-law, Lee & Brian Aguilera, Laurie & George Puente, and his grandchildren, Austin and Beau Aguilera, Gracen and Ella Robinson and Harrison Puente. He is also survived by brothers Neil and Scott McGinnis and their families.

A Celebration of Mark’s Life will be Saturday, September 29, 2018 at 2:00 pm at Ashland Christian Fellowship 50 W. Hersey Street, Ashland, Oregon.

In lieu of flowers, please consider donating to his favorite charity, woundedwarriorsproject.org
Posted by caddiscase at 2:56 PM

This has already been sent to the Mail Tribune and the Daily Tidings.  Feel free to rewrite it and use it to send to anyone and everyone that might be influenced to oppose the pipeline.

The wildfires in our area have been very destructive and disruptive for all of us.  Lives have been lost.  Homes, businesses, infrastructure and forests have been lost or damaged.  Some people may never recover their former lives.  Forests will take decades to come back as they were.  The fires are still burning and we are faced with the Canadian Corporation that wants to put a natural gas pipeline through Southern Oregon. This is a 36 inch high-pressure pipeline filled with invisible and odorless deadly gas.  After breathing smoke all summer and watching endless destruction on television every single day, how can anyone with a lucid mind think this pipeline is a safe and plausible idea?

Here is another thought starter.

Today a problem area of my mind is the proposed LNG pipeline.  I try to imagine what Southern Oregon will be like if the pipeline is really built.  I really don’t like that image.  A large area of Southern Oregon would be permanently damaged forever.  What happens down the road when the natural gas is no longer profitable? What would happen if they decide to sell the pipeline? What would it be like if they decided to run another parallel pipeline along the same easement?  What would happen if they decided to convert it to crude oil.  We need to ask a lot more questions and demand some truthful and realistic answers. Maybe, just maybe we could all work together to get those answers.
Posted by caddiscase at 10:47 AM


These flies and recipes are from Dave Roberts. Dave was also the recipient of the national Darwin Atkin Lifetime Achievement Award from Fly Fishers International, Inc. at the annual meeting in August.  We should be proud to have him counted amongst our members.

Soft hackle Spey
Tag: silver tinsel
Body: Orange seal fur (will have 3 different subs)
Rib: Oval silver tinsel
Body hackle: Purple Spey hackle ( for the small10&12s) we will use a couple subs like hen or schlappen
Front hackle: Orange guinea fowl head black
Note: I will supply hooks.
It isn’t necessary, but I use orange thread for body construction, and smaller size thread for nice small head (or as small as you can make on a double hook) 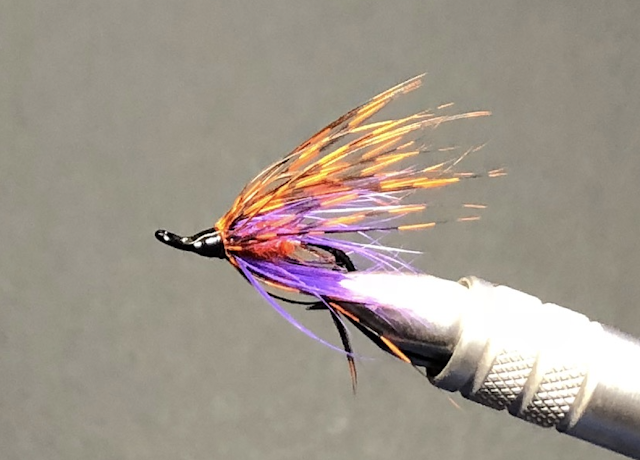 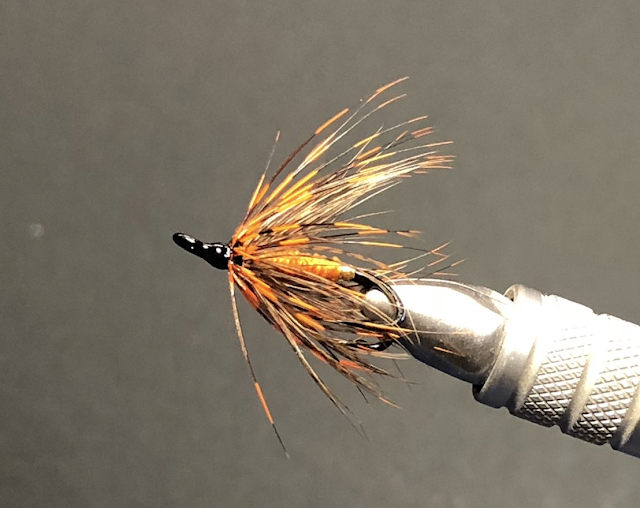 Posted by caddiscase at 4:30 AM

Follow by Email Enter your email and receive automatic updates.

After you have entered your email on this page, you will receive a message asking you to verify your request. Be sure to click the link to complete the process. This is called the double opt-in. This is for your protection.