The feature that forwards blog postings to your email will go away in July.  Alternatives are under consideration.  Meanwhile check the blog on a regular basis.

Posted by caddiscase at 6:44 AM

Hello members of Southern Oregon Fly Tyers.  I have been out of contact for some time.  The Corona virus, other family medical issues and  still working full time has taken its toll over the past year.
I believe it is time for us all to think about getting back together. I would like to know what you all think about getting back together in September on the second Tuesday. With our groups demographics I believe we should be in a position to get back together in person.
I would like to know if in fact everyone has had their Covid shots and how you all would feel about getting back together in September. I would have to check with John McDermand to see if in fact we could use his facility again.
Please feel free to contact me at my email address which is davetyer177@gmail.com and copy Tom Collett thomascollett@yahoo.com with your messages.
A series of questions arise on how to handle our getting back together.
Should we require proof of vaccination for attendees?
Should we require those unvaccinated to wear masks at all times while at our meetings for their protection and ours.
I will also be sending new messages to the group over the next two months before the meeting. Should anyone have further questions or comments they don’t want to put into writing you can also call me at 541-973-3508 to discuss any questions or concerns you may have in our moving forward.

Posted by caddiscase at 4:48 AM 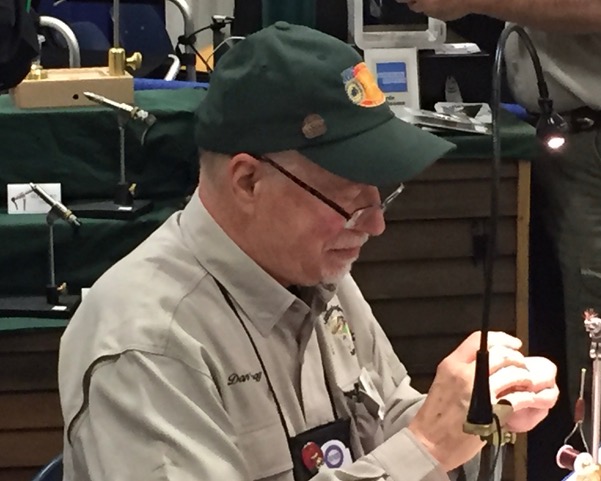 Mr. Kellogg was a kind, giving and humble gentleman. He began life on a family farm in South Dakota and enjoyed a hobby of building repairing clocks with his father. He spent some time in the San Francisco Bay Area and eventually

moved into Southern Oregon working with Brothers in Medford, Oregon.

He loved fly fishing and especially fly tying becoming an incredible teacher of tying techniques and methods.  Dan started Southern Oregon Fly Tyers (SOFT) with Mr. Dave Roberts, some twenty years ago and served as its President for over seventeen years. He also had a disarming and engaging smile and employed it well while presenting his Tying Techniques corner after the SOFT meetings.

Dan attended and tied at Western based fly tying shows with his good friend Dave Roberts. He earnestly enjoyed sharing his tying knowledge and ideas with anyone who wanted to learn the fine art of fly tying.

Mr. Kellogg was a member of the FFI and the FFI Fly Tyers Group.  He completed his FFI Fly Tyers Group certifications at both the Bronze and Silver levels. Dan owned a small cabin on Fish Lake and he really liked spending his time there surrounded by all the Southern Oregon beauty.

Dan also started his own local framing company. With his company, Stillwater Custom Fly Plates, he has created many plates for the following organization using many of the original tyers flies (Bob Quigley/Al Brunell /Dick Bonamarte / ORCFFI Legends Plates: 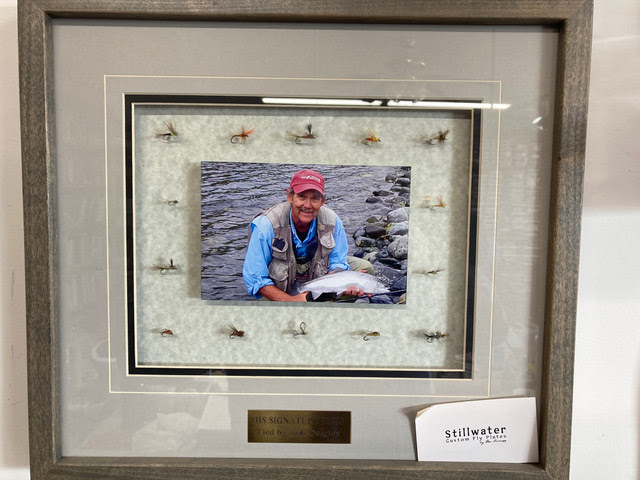 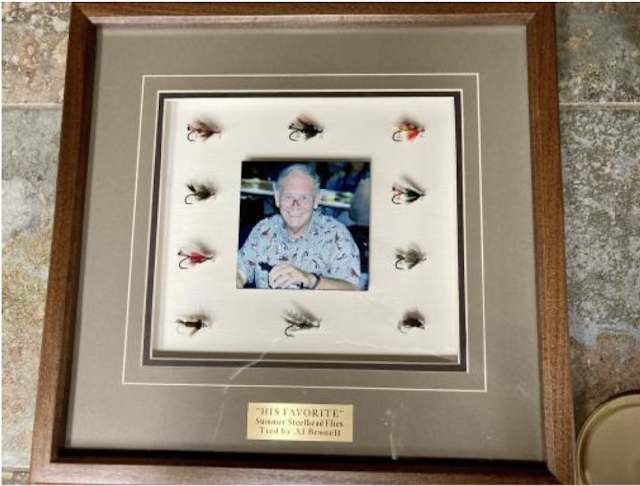 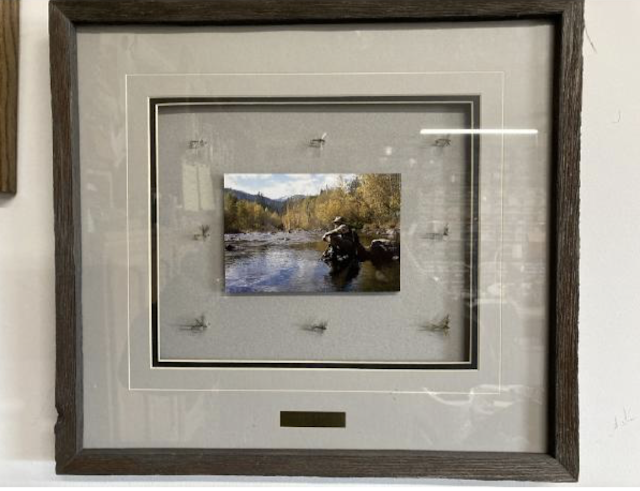 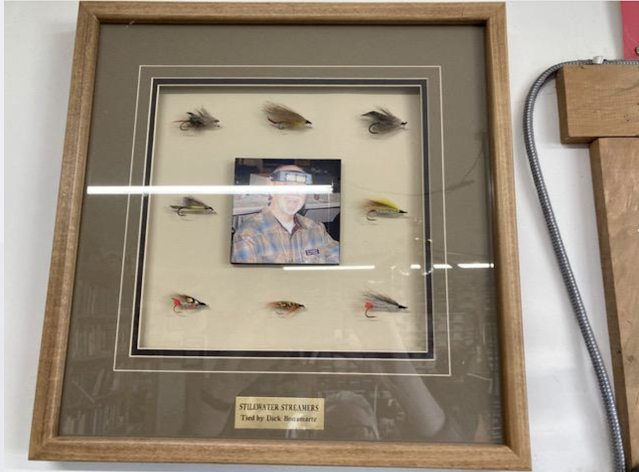 Mr. Kellogg also had a keen mechanical engineering eye and designed a special fly photo box that was custom made so that one could slip their phone (like my

iPhone SE) into a cradle and all other adjustments (including lighting and focus) could be made with another piece of handheld equipment. I am proud to have the last one he made before his passing. 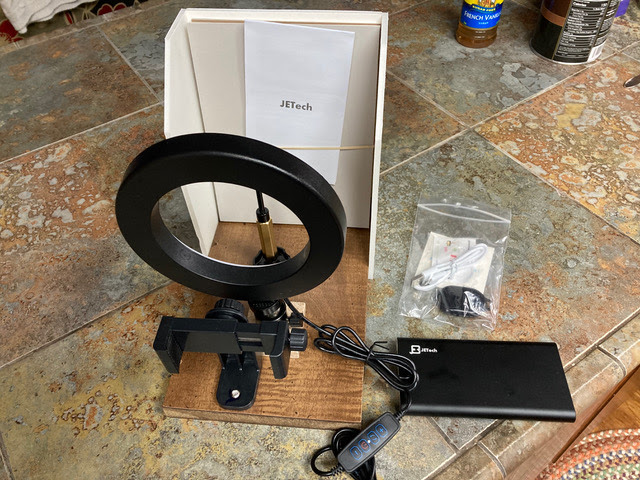 We will miss Dan, with his disarming smile, eager to teach attitude and his warm and inviting discourse.  I hope he his tying in his afterlife and sitting at his cabin at Fish Lake waiting for the fish to rise.

Mt. Kellogg is survived by his daughter Kris and his son Jason.

Posted by caddiscase at 1:53 PM

We have sad news today.  Dan Kellogg had heart surgery yesterday morning and as result he passed away.  No other details are available at this time.  Dan was an excellent fly tier and a friend to us all.  He will be missed.

Who can't use some good news?  Join this Friday good news event. 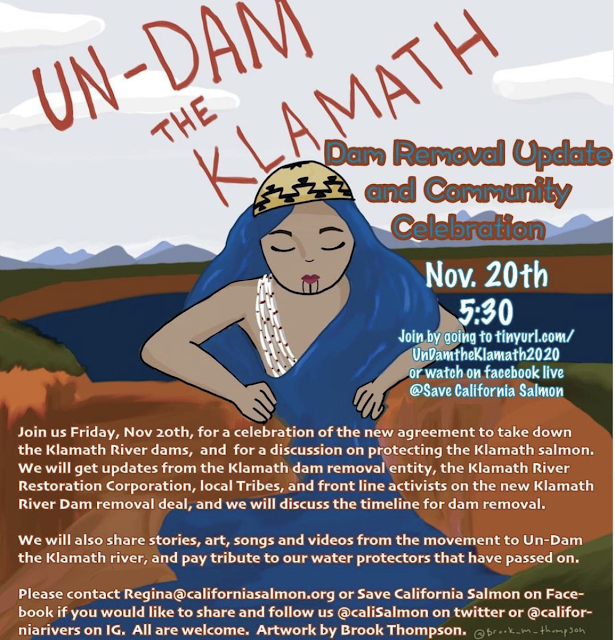 Posted by caddiscase at 1:15 PM 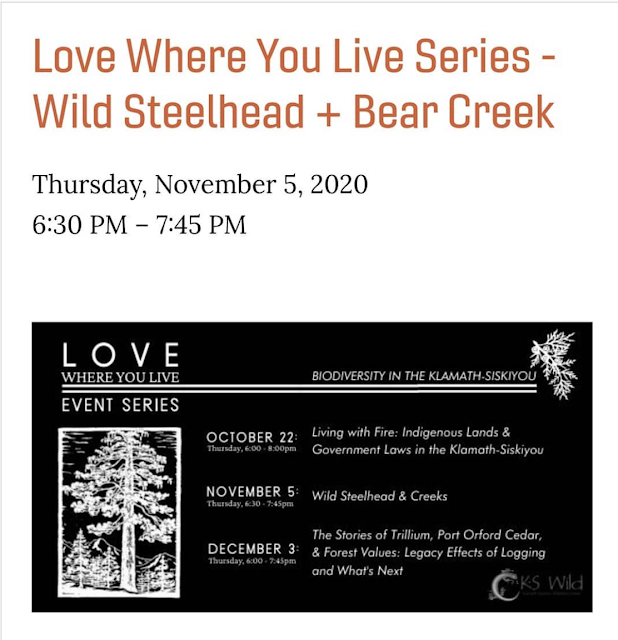 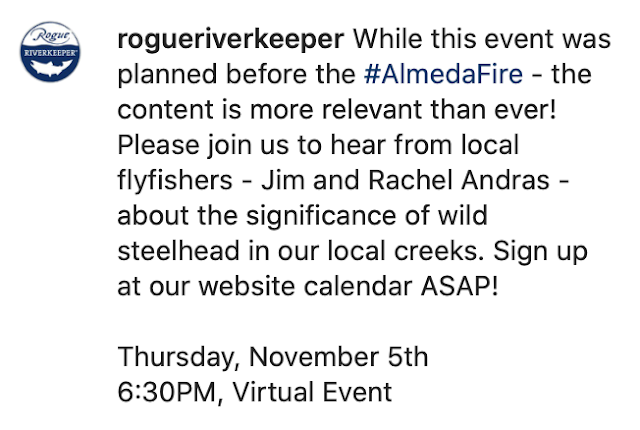 Posted by caddiscase at 5:50 AM

Yesterday evening the Southern Oregon Fly Tyers had a Zoom meeting. It was a new experience for some of us but actually moved along quite smoothly.  This style meeting should serve us quite well through this pandemic.  If you weren't there we want to help you get there for the next one.  A smart phone, tablet, or computer that is wifi connected will get the job done for you.

During this pandemic our communication with each other is more important than ever.  We have initiated a membership list and requested updated information from everyone.  Many have responded but some have yet to respond.  Reach out to your friends to make sure we are getting messages to them.

We have also revived the Vertical Response bulk email.  This is our way to make sure we are reaching as many as possible.  This means that sometimes you may get two messages.  If you don't want the VR emails just click the unsubscribe at the bottom of the page.

Posted by caddiscase at 6:31 AM